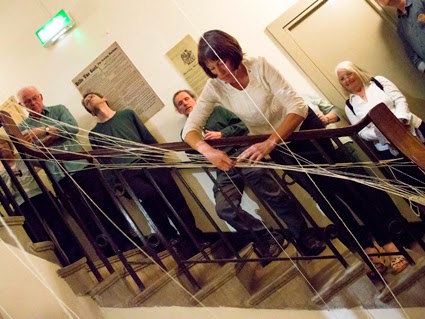 Time to retrace my steps a little…  A few months ago I was asked to contribute work for Yan Tan Tethera. Curated by David Littler in partnership with The English Folk Dance and Song Society, the exhibition looked at the connections between folk songs and textiles. My interest from the start was to focus not on songs, but dance. Thinking of it as a making process, I envisaged dancers working with yarn to produce stitches and knots, to be read as some form of dance score or notation - see previous post.

Fast forward to the present and with the help of a number of participants, I have now created four dances, a site specific installation and a series of objects and drawings that are currently on display in the exhibition. I'm now planning a final dance piece and to help with this, the following posts will reflect on what I've done so far.

With some of my previous installations such as Stairwell Weave-In in mind, I saw at Cecil Sharp House some potential to have performers sing as they stitched and stepped up the staircase, using the bannisters as a loom. During an early recce at the venue, David handed me a few songs from the EFDSS collection, including 'Lace Tell', a work song often sung by women while making lace. 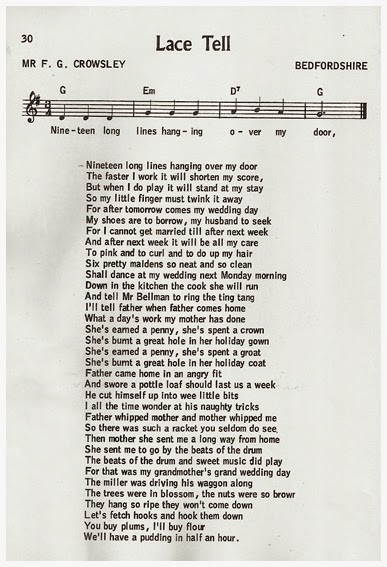 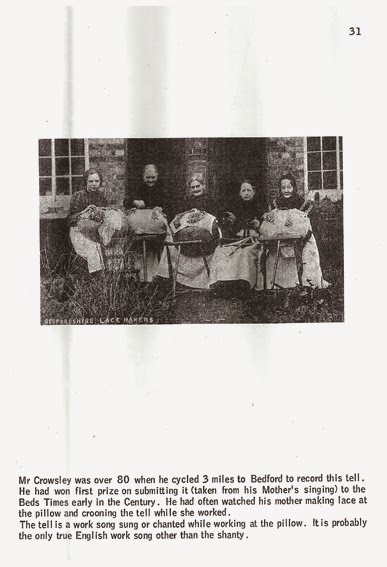 The outcome resulted in 8 dancers working a single row of stitches each across three floors to the tune of this 'tell'. It was sung by 6 members of the Dulwich Folk and Cecil Sharp House choirs. Many thanks to Aimée Leonard, Sally Davies, Sarah Maddon, Jenny Tompson, Ian Kennedy and Sarah Lloyd for this. Over 20 minutes, the stairs gradually filled up with an audience as the stairwell filled with stitches. Two other dances were also performed that evening during Museum Night at Cecil Sharp House and I'll write about these in the next post. Read also more about this in Liz Hoggard's review of the show in Crafts Magazine September/October 2014 edition. 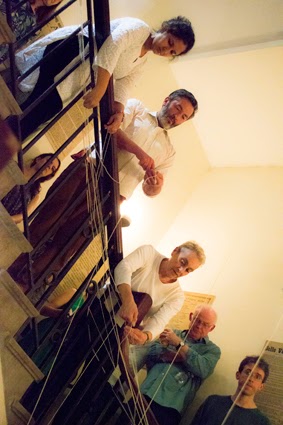 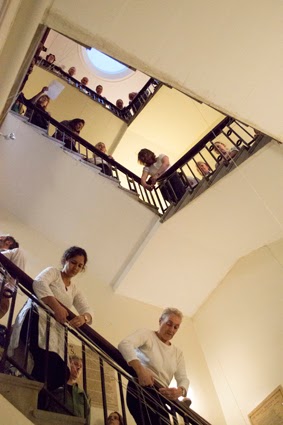 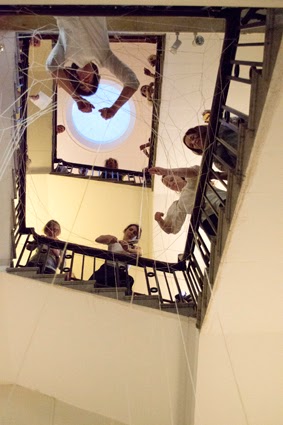 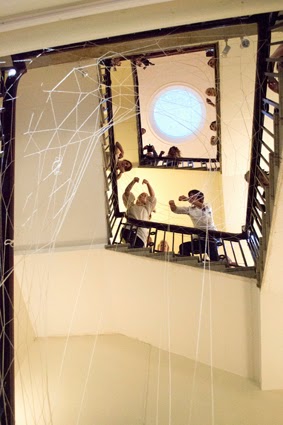