How twine changed the course of humanity completely and forever... 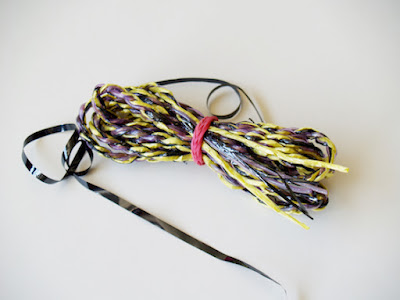 Man, might have been a woman, twisted strands of grasses together and made twine for the first time. Cording was invented. The twine made was used to tie sticks together, then longer lengths of it woven together to make coiled baskets. Where grasses were not so abundant other plant materials were used such as bamboo in Asia, willow in Europe or palm fronds in the Pacific. With the use of different materials, techniques were adapted to make the most of these such as plaiting, stake and stand and numerous other weaving techniques from basketry to textiles.

The use of baskets was revolutionary. With their use, communities were able to switch from hunting and gathering to a more agrarian and sedentary way of life. For the first time food stuff, grain and other goods could now be stored, transported and exchanged; basketry (and making twine) led to advent of trade and commerce.'

- inspired by a conversation with Eva Sajovic talking about reason for wanting to show a large piece of rope made from corded waste plastic at Danielle Arnaud Gallery next year, as well as Barry Flanagan's work currently exhibited in the Duveen Gallery, Tate Britain. 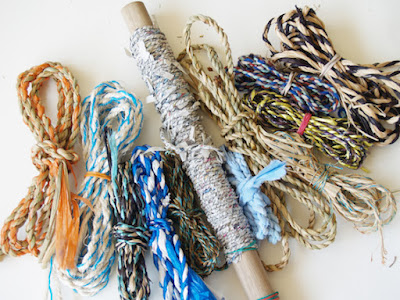 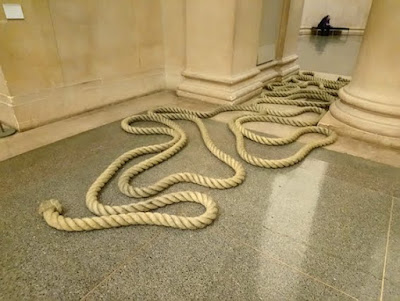 Posted by Shane Waltener at 10:54 No comments:

Plastic is here for good, filling up our landfills, our cities, our countryside, our forests, our oceans and our bodies too.

Let's celebrate the plastic for its tenacity, strength, adaptability and audacity! It's a modern symbol of survival and longevity, a material best suited to its environment, encroaching on all other life forms. Years from now, when a new generation of bio engineered materials supercede plastics (and providing humanity survives period) objects made from it will fill museums and archeologists, material anthropologists and curators will make it their subject of study.

Never did a material impact so greatly on life on our planet, clay soon will be forgotten.
Posted by Shane Waltener at 11:50 No comments:

Above and below are step by step instruction showing you how to cord. These are to be included in a forthcoming publication featuring a project of mine, part of Cultuur maak(t) je, a programme of event and exhibitions at De Domijnen curated by Joanna van der Zanden and Jeanne Van Heeswijk. More info on the project here.

Natural fibres would traditionally be used to cord yarn or twine but recycled plastic bags, cut into strips, would be ideal for this too - see previous post. Have fun experimenting with this while doing your bit to save our oceans from plastic pollution.


Posted by Shane Waltener at 13:56 No comments: 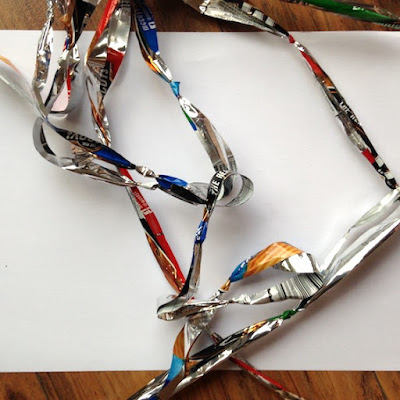 I’ve been thinking about it for a while, and now I’m finally doing it: no plastic bags will recycled here anymore. I’m keeping them all and making them into twine, which I’ll knit, weave or crochet into large thermal blankets, hammocks or new installation pieces. I'll also take inspiration from work produce and illustrated in this previous post. I'm having a bash at 'zero waste' and I’m not recycling anymore. I’m repurposing instead!

What I’ll do with hard plastic food packaging need to be given some thought now. The house and studio meainwhile will start to fill with these specialty fashion twines. Pretty, but how I break the news to my partner is yet another matter! 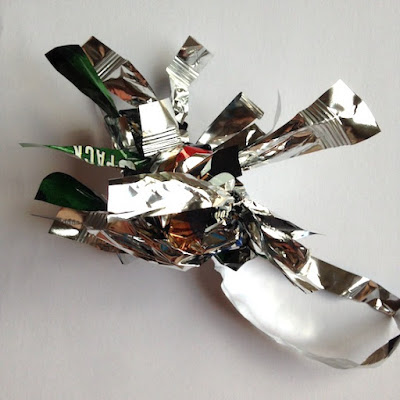 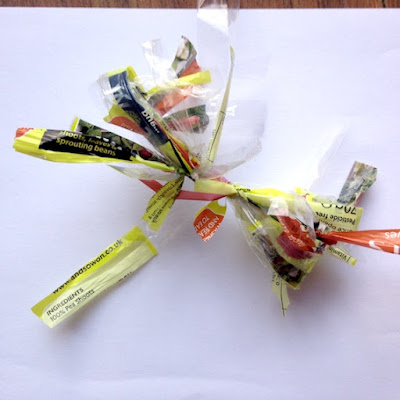 Posted by Shane Waltener at 15:27 No comments:

Shopping for an Imaginarium 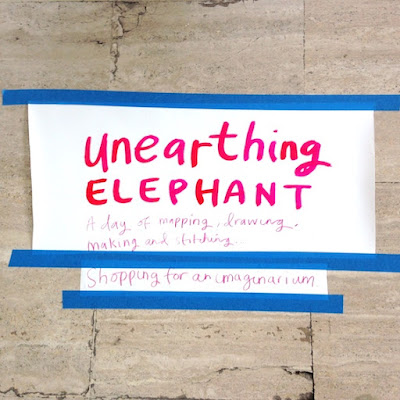 People’s Bureau were invited to contribute to Milton Keynes of the Mind: What does it mean to have a whole new town in mind? For the festival, we planned a screening of Unearthing Elephant, following a recent showing at the Elephant and Castle shopping centre and Tate Exchange. We also planned to lead an activity throughout the day; ‘Shopping for an Imaginarium’ involved mapping out new spaces through stitch, drawing and conversations. Images illustrated here are of the work produced on the day. 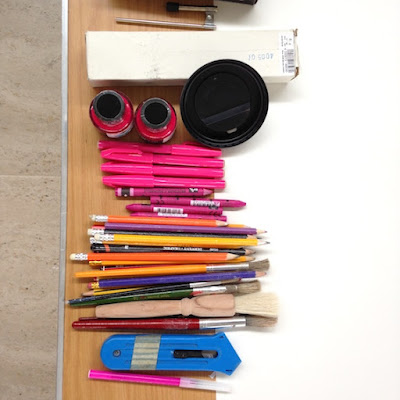 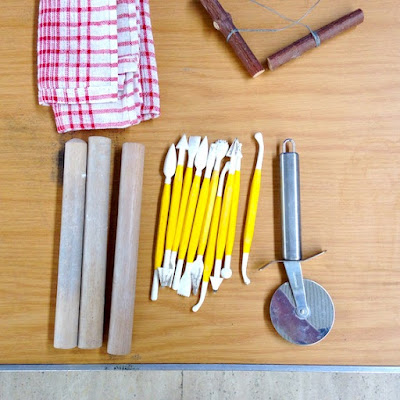 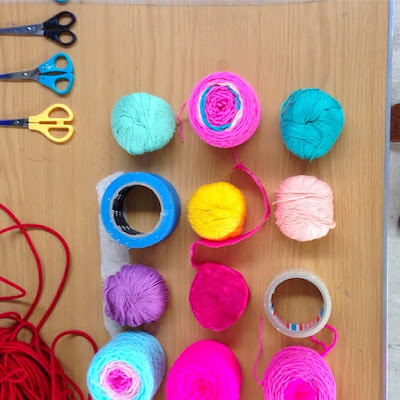 Programme information for Milton Keynes of the Mind included the following:

This event explores what goes into making a city that doesn’t exist. Plans for new towns like Milton Keynes were closely tied to economic and demographic predictions of who its population would be and what kind of lives they would lead. How will future folk earn, travel, spend, play and recover from all their labours?  The Milton Keynes Development Corporation responded with an imaginarium designed with our future selves in mind. The result is a paradoxical mix of grand designs, practical compromises and significant follies. Drawing on nearly 50 years of Open University teaching and research, participants will explain what it takes to imagine, orchestrate, govern and make a life in a place like Milton Keynes.

Meanwhile, talking with Rebecca Davies about how we might plan the activity brought to mind A Clockwork Jerusalem, a show at British Pavilion we both saw in Venice, part of the Architectural Biennial in 2014. The copy below are extracts from the catalogue entry for the exhibition, which focused our thinking and directed some of the conversations we had with audiences on the day:
…the industrial city combining traditions of the romantic, sublime, and pastoral, to create new visions of British society… looking backward and forwards, combining science fiction and historicism to form ideological and aesthetic approaches to the contemporary city… a product of the picturesque, of landscape, of narrative and of pastoralism (ref. Capability Brown, Ruskin, Turner, Soane)... a product of the industrial and the technological (ref. Brunel, Paxton, Spitfires)… showing British Modernism as a unique and sometime surreal phenomenon… an obsession with these interests written into the visions of this techno pastoralism that span such diverse examples as the Garden Cities, 'non plan' and Milton Keynes... exploring the late and last flowering or British radicalism, the moment it was at its most socially, politically, and architecturally ambitious… a moment (the 50s,60s & 70s) that also witnessed its collapse… a period that sees both epic ambition and complete loss of nerve… grand utopian projects (of that period) were a high point for a vision of society remade through modern architecture… how these modern vision were absorbed into the popular imagination, become sites of new imaginative speculation in the form of novels, film and music (ref. Stone Henge, council estates, Ebenezer Howard, Cliff Richard (!))… ruins and destructions, back-to-the-land rural fantasies… 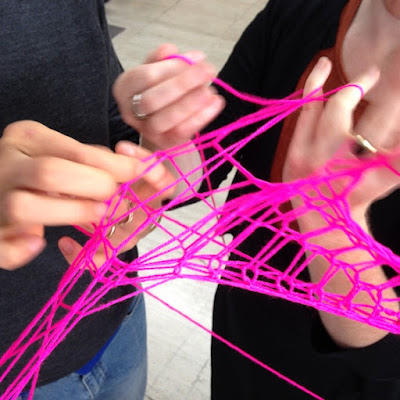 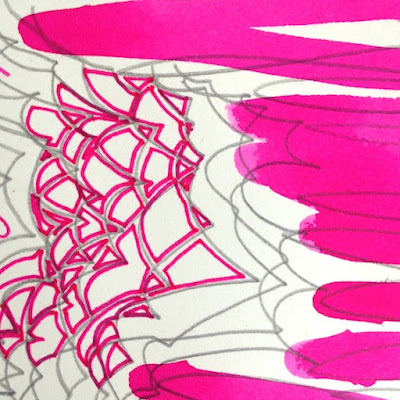 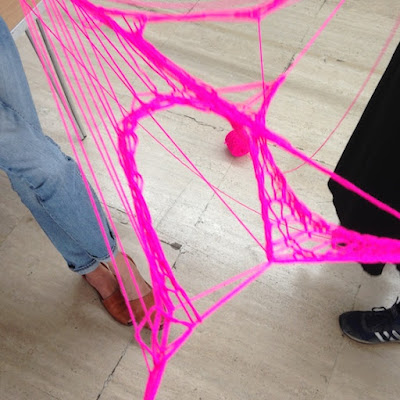 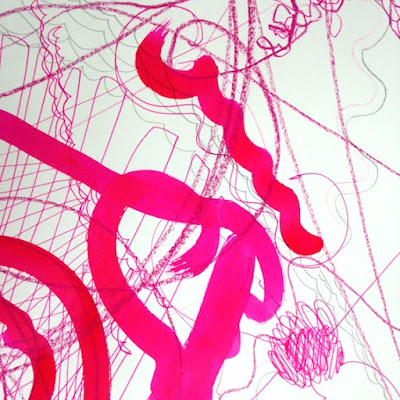 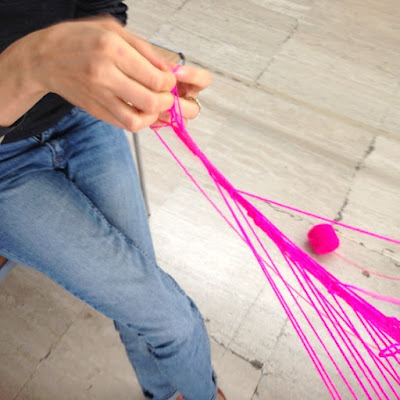 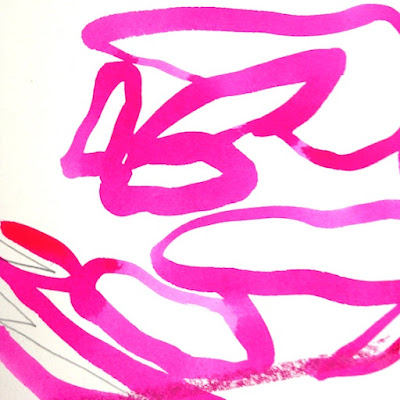 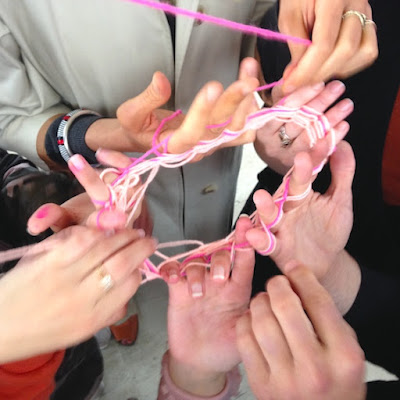 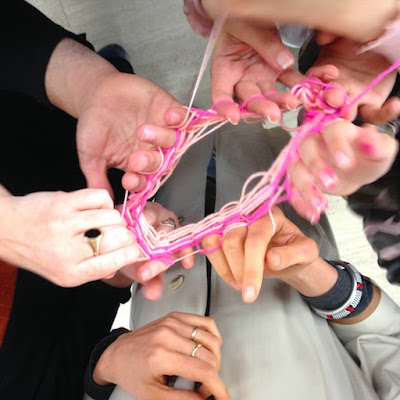 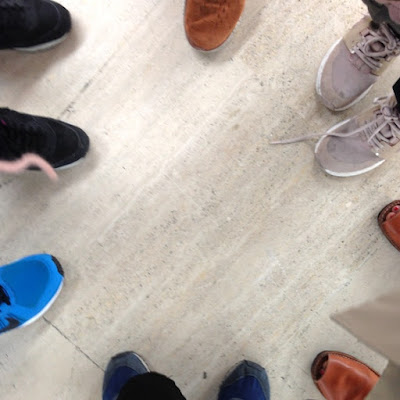 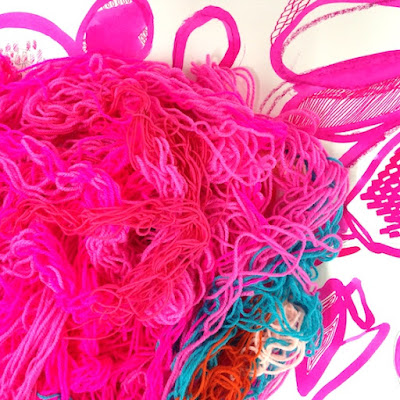 Posted by Shane Waltener at 12:52 No comments: 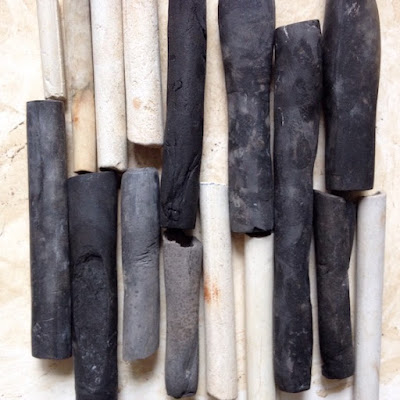 Eva Sajovic and myself went to meet Danielle Arnaud to discuss Unearthing, a recent project at Tate Modern and Stave Hill Ecological Park, and the possibility of showing work at her gallery.

As we talked about the potential future exhibition, I displayed the pit fired London clay objects we produced, together with others found on the Thames river bed, into small collections. Hard it was to distinguish one group from the other - their origin, history, use and meaning was being rewritten as we handled these. This seemed a fertile starting point as we planned to show this body of work and others in a new context. More about this in posts to come. Enjoy the images as you make your own mind as to what these objects are, and what inspired them... 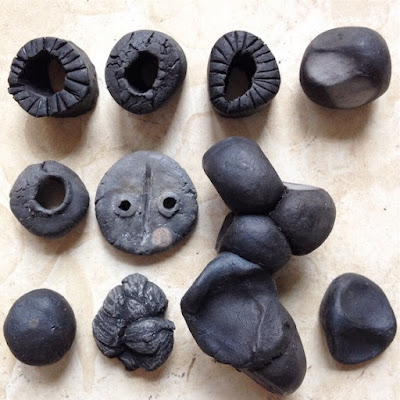 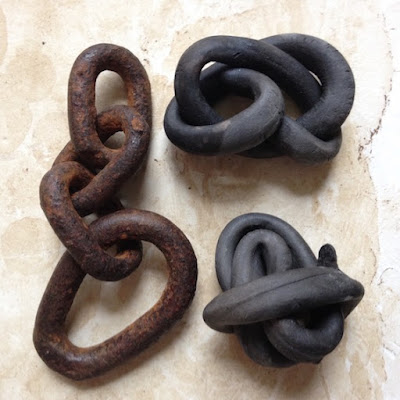 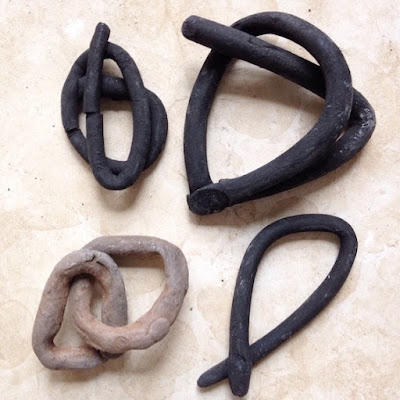 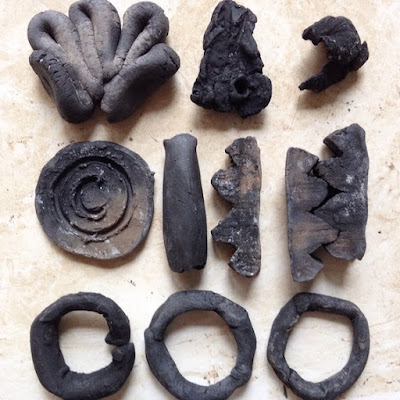 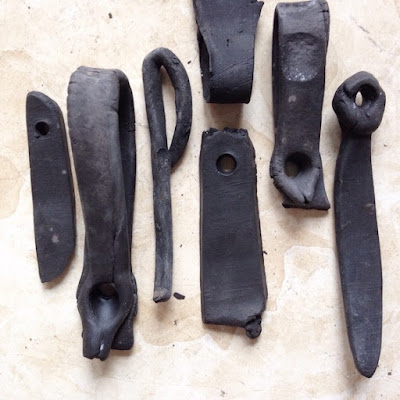 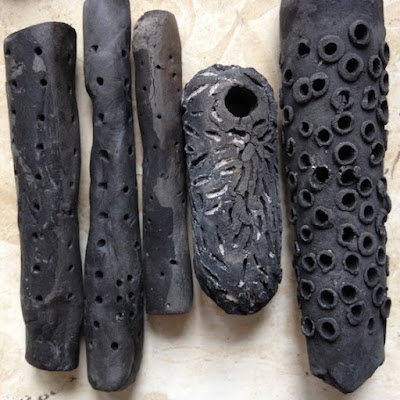 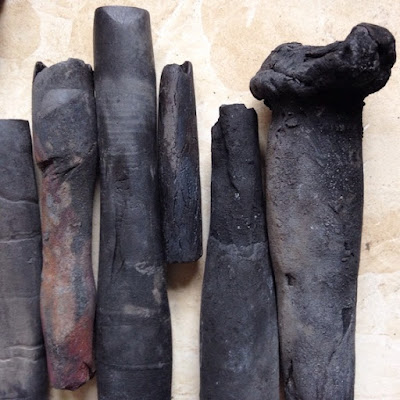 Posted by Shane Waltener at 14:35 No comments: 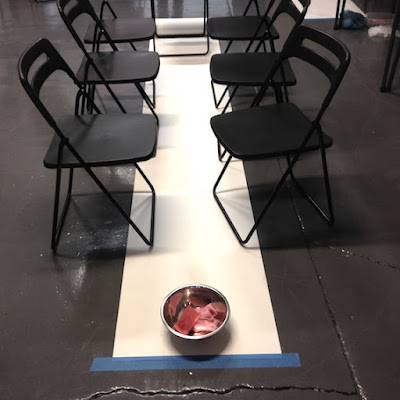 Craftspace kindly asked me to lead an activity for their 30th anniversary celebration. I decided to revisit something Eva Sajovic and myself worked on for a Tate exchange event in March, part of the People’s Bureau’s Unearthing project - see previous posts for details including this one.


I thought I’d engage people in conversations rather than make something on this occasion. The prompt was to have people hold hands, cupping them as if to hold water and pour plaster in them. The time it took for the plaster to set was the length of time participants were committed to talk to each other. The focus of their conversations was a response to something I read to them, compiled from interviews with audience members involved in Craftspace past projects and questions of my own.


Posted by Shane Waltener at 02:03 No comments:


Posted by Shane Waltener at 14:04 No comments: