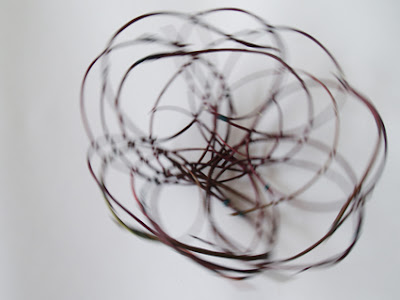 Someone once described contemporary baskets as things that look like exploding bird nests.  It was meant as a criticism I believe but no matter, I love that image…

Looking at a whole bunch of dailymades while still in the spirit of the first anniversary of the blog, I’ve put together the selection below with this in mind. There lies an idea for an exhibition... It needn’t be about contemporary basketry or even basketry art, but simply a sculpture show with works informed by the craft as well as a wider practice of weaving. Any interested curators out there?