it ain't nothing without you...

When working on participatory projects, the challenge always is to know how much information to impart to the participants. Saying too much can result in diminished creative input from the group. So how do you get the most from the participants? How do you best capitalise on their creative ambitions while also managing artistic control over the piece? How do you make on the spot decisions when exploring new creative ideas? These are some of the questions I asked myself during the Delve Deeper Intensive with Helen Carnac and Laïla Diallo last month at Siobhan Davies.

Choreographers by nature of their work are likely to be more familiar with this than other artists. I was most impressed with Laïla’s delivery of various tasks she set to the group: economical, measured, open ended.  It prevented us from ‘end-gaming’ what the outcome would be and helped us embrace the unexpected while also valuing the minutiae of whatever we were doing. 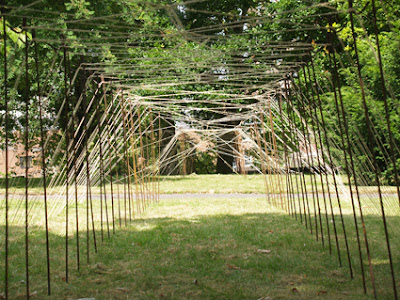 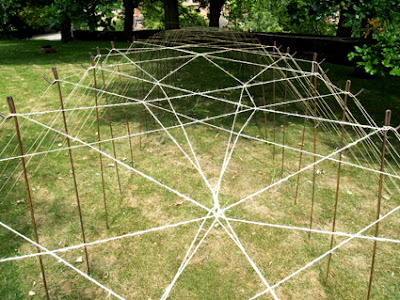 A large part of my installation in the Make Believe exhibition at Nottingham Castle, separate from the weaving between trees (see previous post), involved using fencing pins in the lawn, as you would pins in a lace pillow, to produce ‘lace’ around the grounds of the castle. 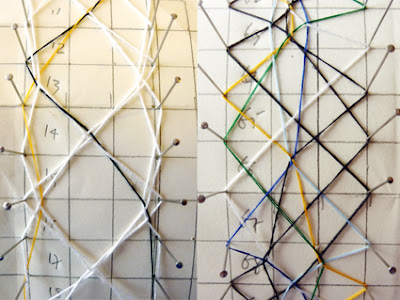 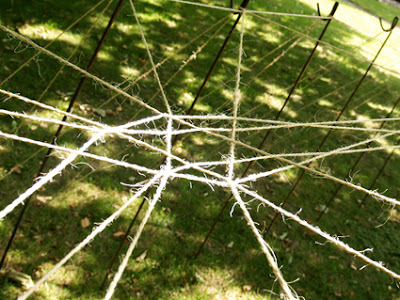 To prepare for this I practiced various stitches in the studio on an actual lace pillow and drew up a pattern to follow when making the work on site.  However as soon as we started, the pattern had to be scrapped. The action of working the sisal twine using custom made bobbins to cover the grounds lead me to rework the pattern I had and make up new stitches as we worked our way across the lawn.  What guided me through this was allowing the participants to find their own way of working with the materials and each other. This improvised method, based on set manoeuvres, proved the best way of making the ‘lace’ in the end. 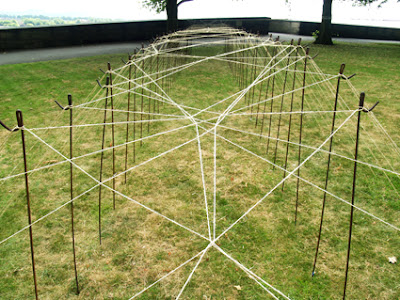 It’s nice to think that with a different group, the outcome would have been very different, and without anyone, the piece could not have been realized at all. 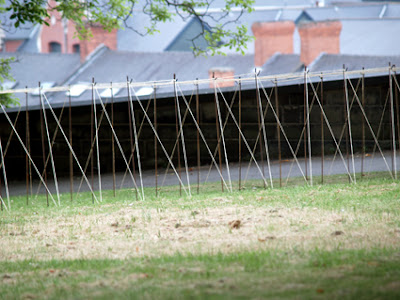