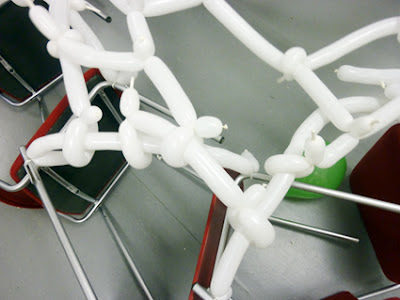 ‘A day not danced is a day not lived’. Friedrich Nietzsche apparently…  And the reverse might be true as well, as it all seems to be about dance at the moment! I am currently rehearsing for Matthias Sperling’s Walking Piece at Siobhan Davies Studios, seeing far too many Pina Bausch performances (part of the World Cities season at the Barbican and Sadler’s Wells in London), have recently designed sets and props for a dance performance for East London Dance, and am of course keeping up with weaving my dailymades, which is not so far removed from dancing, with my hands at least (see previous posts on this blog).

A couple of weekends ago I worked on One Giant Leap, a dance theatre piece by Cheryl McChesney Jones and produced by East London Dance for Big Dance East (part of Big Dance 2012) in Barking Abbey Ruins.  The piece was inspired by leaps and giant strides made every four years and thinking of these, I designed and installed a number of balloon arches framing the performing area and 50+ dancers involved in the piece.  Modelling balloons were used to emphasize the celebratory nature of the event and the themes explored by the dancers, which had a lot to do with aspirations and embracing the future. 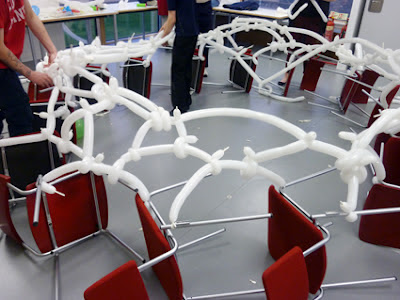 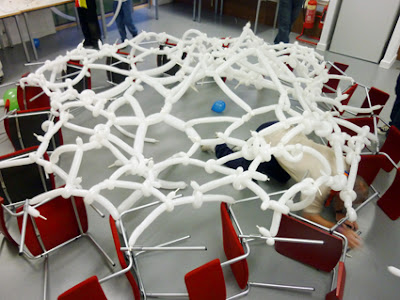 The idea was to build all the set and props on site, on the day of the performance.  This was made possible by the involvement of local scouts groups who kindly donated their time to do this. I planned two workshops with them, where we 'rehearsed' how to work with the balloons.  We then ‘performed’ the making of the set a few hours ahead of the dance itself.  Many thanks to Scott, Don, Curtis, Barry and their friends for being the fantastic balloon modellers they were. I also got the dancers to make their own accessories out of modelling balloons.

Below are a few shots of the performance... 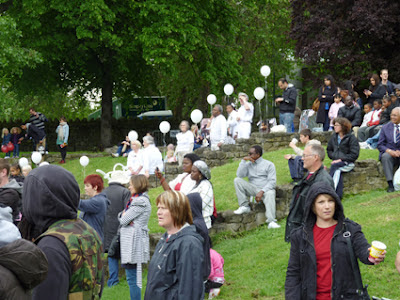 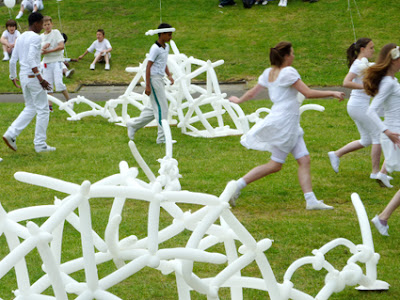 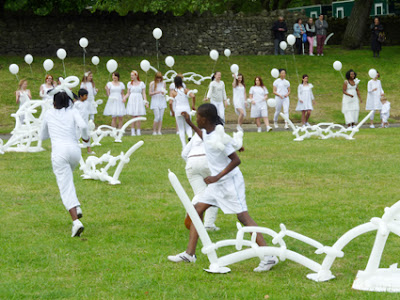 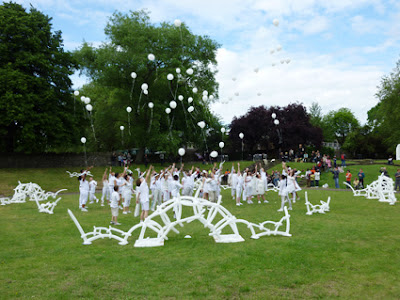